Home Antichrist War On Cash: The Next Phase Begins 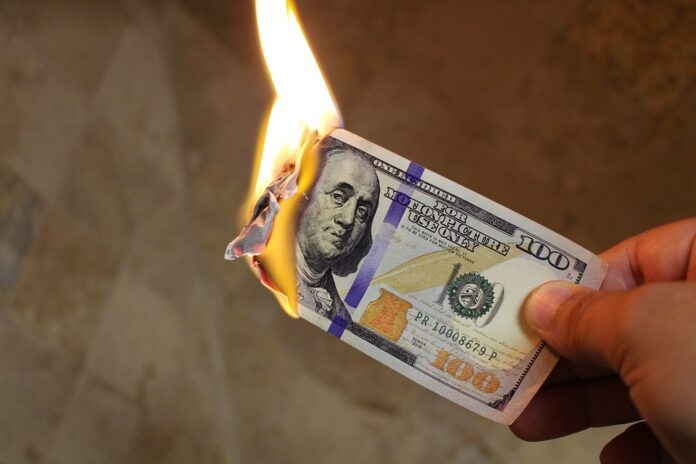 WND: With so much news about an economic reopening, a border crisis, massive government spending and exploding deficits, it’s easy to overlook the ongoing war on cash.

That’s a mistake because it has serious implications not only for your money, but for your privacy and personal freedom, as you’ll see today.

Cash prevents central banks from imposing negative interest rates because if they did, people would withdraw their cash from the banking system.

If they stuff their cash in a mattress, they don’t earn anything on it; that’s true. But at least they’re not losing anything on it.

Once all money is digital, you won’t have the option of withdrawing your cash and avoiding negative rates. You will be trapped in a digital pen with no way out.

What about moving your money into cryptocurrencies like bitcoin?

Let’s first understand that governments enjoy a monopoly on money creation, and they’re not about to surrender that monopoly to digital currencies like Bitcoin. Read More …

Opinion: Trapped – with no way out, is correct.

We have been warning about central bank control for years. Central Banks run economies by controlling money supply, and they are not about to give that up for some upstart cryptocurrency like bitcoin. Oh they may let them run for a while, but when the Fed removes the punch bowl, the party will be over.

What makes me so sure?

“He causes all, both small and great, rich and poor, free and slave, to receive a mark on their right hand or on their foreheads, 17 and that no one may buy or sell except one who has the mark or the name of the beast, or the number of his name.” 1 Thess. 13:16-17

How on earth will one government be THAT powerful if not for controlled digital money? No run on banks, no worry about money laundering, no tax evasion, no dirty germ ridden paper, just pure control.