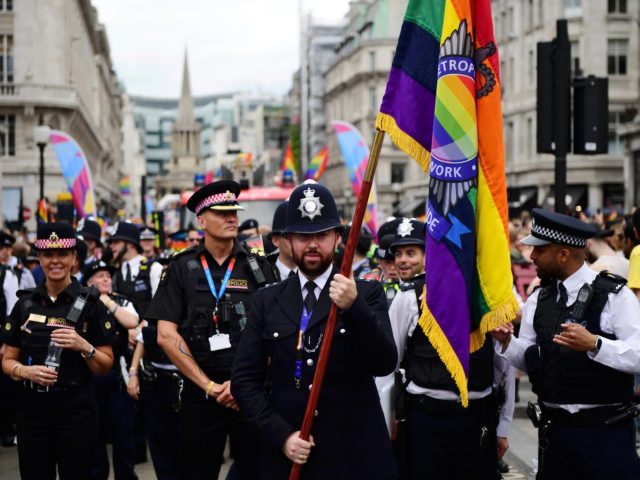 “For we wrestle not against flesh and blood, but against principalities, against powers, against the rulers of the darkness of this world, against spiritual wickedness in high places.” Ephesians 6:12

On Friday, Pastor John Sherwood was preaching alongside Pastor Peter Simpson of the Penn Free Methodist Church outside the Uxbridge Underground Station — in Prime Minister Boris Johnson’s own constituency.

Arrested for preaching from the Bible in North West London. Pastor Sherwood is 75, notice how the arresting officer kicks him? pic.twitter.com/iwAojPMaNm

Writing in the Conservative Woman on Tuesday, Pastor Simpson said that Sherwood preached on the final verses of Genisis 1, saying: “God’s design in creating mankind was to set human beings in families, headed by a father and a mother, not by two fathers or by two mothers. The distinction within mankind of just two genders, male and female, made in the image of God, constitutes the essence of God’s created order.”

Simpson said that the police informed them that three complaints were made in response to the street sermon.

He said that a police officer warned that he and Sherwood should avoid making any “homophobic statements” and that there is “no freedom to make statements which offend people”.