Home PT World Order ‘Weekend At Biden’s?’ Handlers Shut Down Yet Another Q&A After Public Appearance 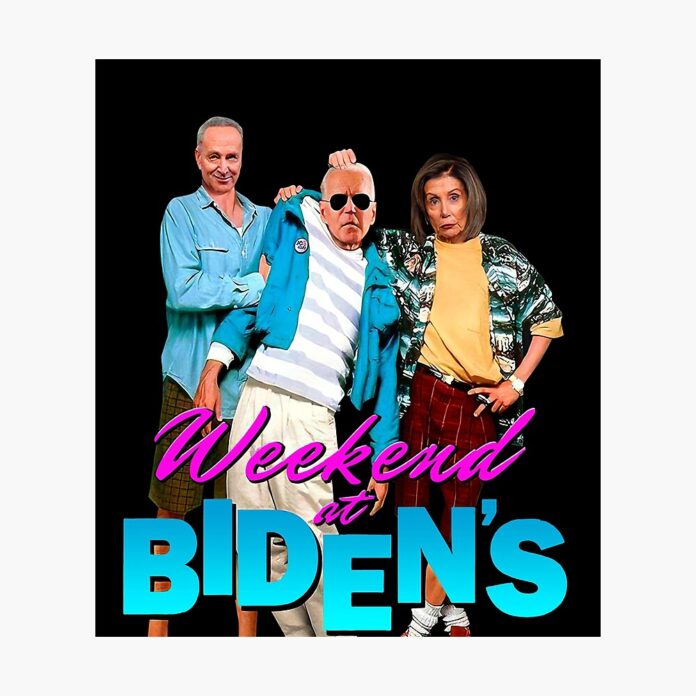 Zero Hedge: For the third time in as many days (the previous two detailed here), President Biden’s handlers abruptly panicked at the prospect of him answering a question from the press.

“Do not be conformed to this world, but be transformed by the renewal of your mind, that by testing you may discern what is the will of God, what is good and acceptable and perfect.” Romans 1:22 ESV

Today’s debacle takes place in a DC hardware store as double-mask-wearing Biden stares blankly at the store owner during his polite introduction, then becomes distracted by people on an upper level of the store.

Biden’s handlers aggressively prevent the press from asking POTUS any questions after his brief remarks at a D.C. hardware store pic.twitter.com/kTXFIe9ERM

As the owner tries to address Biden again, Biden’s handlers suddenly become agitated and one is repeatedly heard saying, “come on press, let’s go, we’re gonna move out.” “Let’s go you guys, come on let’s go,” she repeats herself as one of the reporters tries to ask Biden about “the crisis at the border.” Read More