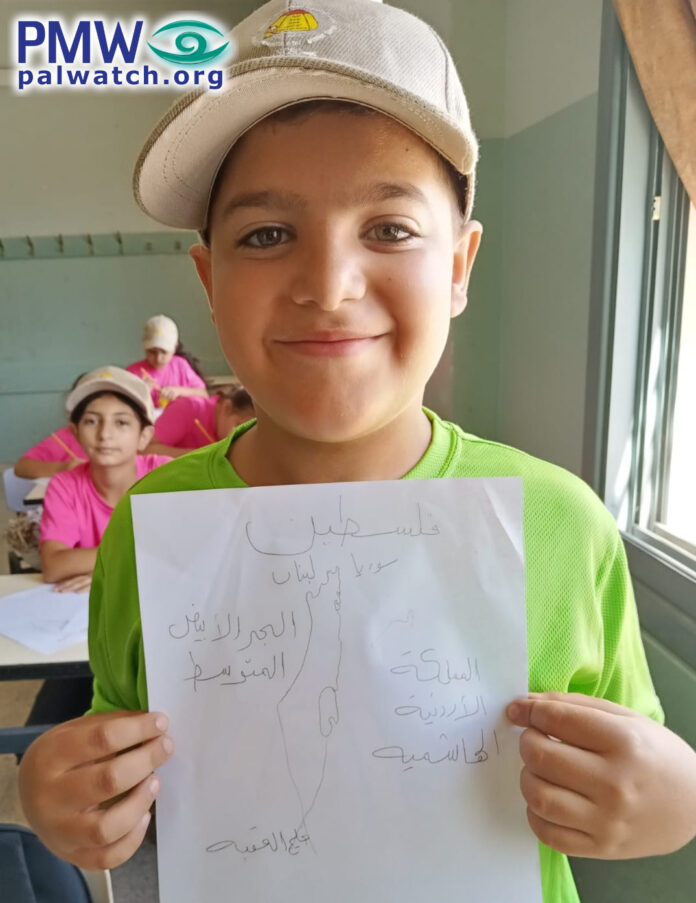 PMW: A Palestinian boy who is participating in a Fatah summer camp in Nablus proudly holds up a drawing of “Palestine” that he drew at camp. The map erases the entire State of Israel.

“Train up a child in the way he should go: and when he is old, he will not depart from it.” Proverbs 22:6 KJV

There is no Israel.

The boy’s “geographical knowledge” – which seems to have been reinforced at the Fatah summer camp – is consistent with the PA’s decade-long indoctrination of Palestinians to believe that Israel has no right to exist in any borders and that “Palestine” will be “liberated from the Sea to the River.” Read More