Home anti-Semitism Why did Tucker Carlson bring up Israel in immigration debate? 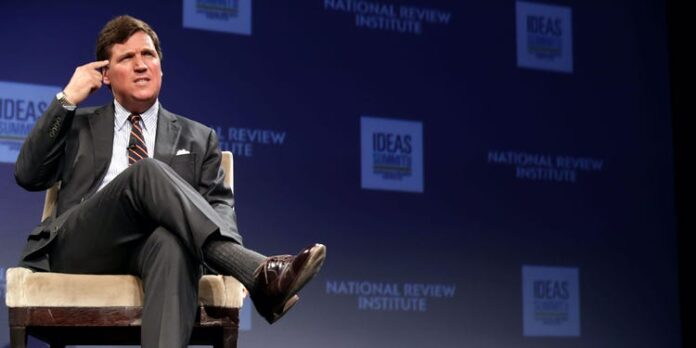 Fox News host Tucker Carlson fired back at the ADL Monday night in a segment which cited Israel and the ADL’s position on Arab immigration to the Jewish state.

Carlson, host of the popular “Tucker Carlson Tonight” primetime show on Fox News, dedicated a 20-minute segment on his show Monday night to responding to accusations that he spread a racist, anti-Semitic conspiracy theory regarding immigration policy.

Opinion: Could it be? Could the Jewish Anti-Defamation League be in favor of Israeli Jews becoming a minority in Israel?

You betcha. Progressives love destroying the country they live in.

Here is the irony. In Malachi 1:4, the final Jewish prophet of the Old Testament recorded that in the last days, Esau’s descendants would return to the land to take back their ancestors’ transaction of trading the land of promise for a bowl of soup.

“Even though Edom has said,
“We have been impoverished,
But we will return and build the desolate places ...”

Esau’s descendants, called Palestinians by Yasser Arafat, are right where they are supposed to be. The most important part of Tucker Carlson’s story is not what he thinks, not what Israel thinks, and most certainly not what Edom thinks. It is what God thinks that counts …

Malachi was repeating what Isaiah 11:11 prophesied 500 years earlier regarding the Israelites 2nd return to the land …

And Amos 9:15 a contemporary of Isaiah, makes it clear…

“I will plant them in their land,
And no longer shall they be pulled up
From the land I have given them,”
‘Says the Lord your God.”

Somebody should tell Tucker!