Home Barack Obama Will the US Rejoining the Iran Nuclear Deal be Harmful Or Beneficial? 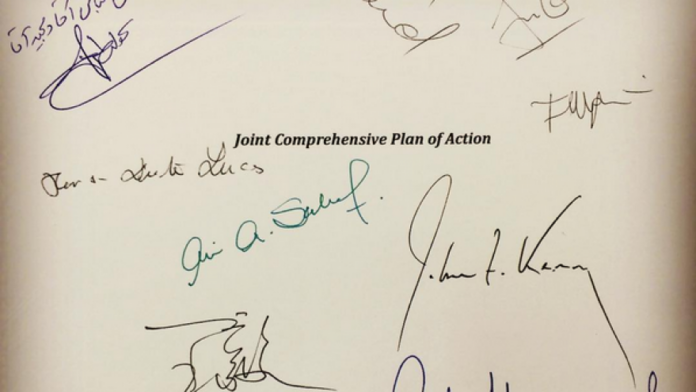 JNS: A “clean return,” without ironclad new provisions that strengthen and lengthen the JCPOA, will diminish U.S. clout and destabilize the Mideast.

One of presidential candidate Joe Biden’s major election promises was a U.S. return to the 2015 nuclear deal with Iran (the Joint Comprehensive Plan of Action, or JCPOA), a multilaterally negotiated agreement regarding which former President Barack Obama was enthusiastic, but from which his successor President Trump withdrew in 2018.

On Sept. 20, 2020, candidate Biden wrote: “I will offer Tehran a credible path back to diplomacy. If Iran returns to strict compliance with the nuclear deal, the United States would rejoin the agreement as a starting point for follow-on negotiation. With our allies, we will work to strengthen and extend the nuclear deal’s provisions, while also addressing other issues of concern.” Furthermore, he declared rejoining of the nuclear deal as a priority for his administration.

Simply put, Biden undertook to rejoin the Iran nuclear deal as is, with no preliminary negotiations on “extending and strengthening” it or on other issues of concern. All these will be put on the table only after the United States rejoins the deal—namely, after lifting the Trump-imposed sanctions on Iran. All this, in return for Iran’s “rollback” of its violation of the deal’s provisions, such as enriching uranium beyond JCPOA-permitted levels.

Biden’s statement defines a U.S. return to the nuclear deal as a “starting point for follow-on negotiations” but leaves open the question of whether it will also be Iran’s “starting point.” Read More …

Opinion: The Obama/Biden/Kerry concessions to Iran in 2015 were stunning. “The agreement the world forged to stop Iran from ever acquiring a nuclear weapon,” Kerry wrote, “reflected our best judgment about achieving that solitary goal. It was not a wish list we could impose, but the result of a negotiation. We based our conclusions on verification, not trust. In every way the world can measure, it is working.”

“In every way the world can measure? Really? A dangerous lie …

Yukiya Amano, the International Atomic Energy Agency’s director general, confirmed in September 2017 that his agency lacked the tools to verify that Iran is complying with “Annex I, Section T,” which prohibits the Islamic Republic from “activities which could contribute to the design and development of a nuclear explosive device.”

“Our tools are limited,” Amano told reporters. “In other sections, for example, Iran has committed to submit declarations, place their activities under safeguards or ensure access by us. But in Section T I don’t see any.”

“if we see a site that we need to inspect on a military facility, we can get access to that site and inspect it.”

However, rather than “anytime, anywhere” inspections, the agreement gave Tehran 24 days to respond to an IAEA request to inspect a site, and it provided no path to resolving a dispute in case Tehran rejects the request.

Just as troubling, top Iranian officials repeatedly insisted that they will never give international inspectors access to military sites.

The agreement may be “working,” in Kerry’s words, “in every way the world can measure.” Unfortunately, the world can neither measure or enforce Iranian compliance.

Yesterday’s Times of Israel Headline (here) sums it up:

Envoy to IAEA confirms 348 in use at site for uranium enrichment, vows ‘more to come soon’

A Biden ‘clean return’ to JCOPA will be another Iranian victory and a prelude to the Gog Magog invasion.