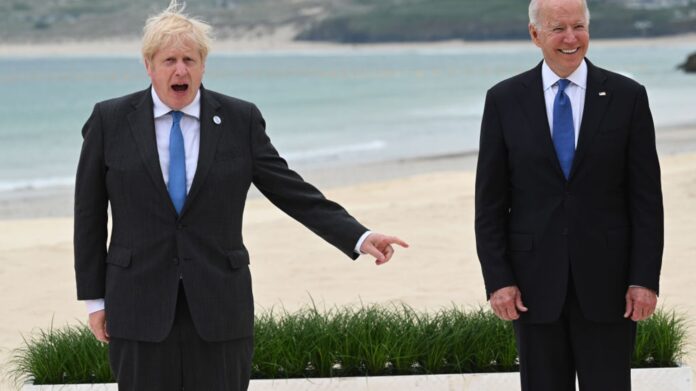 The New American: The longtime globalist dream of merging the United States with the nations of Europe under an unaccountable transatlantic regime got a big boost this month, with a controversial “New Atlantic Charter” being signed by Joe Biden and U.K. Prime Minister Boris Johnson.

But none of it is new. The historical record shows Deep State globalists have been obsessed with the plot for almost a century. The goal is a radical transformation on par with the unprecedented expansion of government under FDR, with a nod to globalist George Soros’ favorite “open societies” language.

The unconstitutional agreement, which has not been ratified by the U.S. Senate as required for all treaties, actually plays on the original Atlantic Charter inked by President Franklin D. Roosevelt and British Prime Minister Winston Churchill in 1941.

That controversial 80-year-old document vowed to seek the disarmament of nations and build a “new world order,” as the Washington Post put it, after the quashing of National Socialist (Nazi) tyranny in Europe. Read More …

Opinion: Former EU Commissioner from 2014-19 Jean Claude Junker when asked about governing the EU said this: “Europe would be easier to understand if one captain was steering the ship.”

According to Bible prophecy, the EU will get its desired new world order and one captain to steer the ship, and an unaccountable transatlantic regime, but it wont take long before the nation states realize that their government will turn wicked.

The Kingdom will be revived Rome. Unlike the three empires that came before it, Rome was never conquered.

That is why Daniel calls “Rome II” or revived Rome, the 4th empire 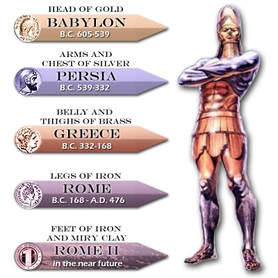 In Rev. 13:1, John calls him the Beast with 10 horns (the number of nations of his empire). He will suffer a massive head wound (Rev. 13:3) as Satan stages a false resurrection (Rev. 13:4) mimicking the true Christ.

And he shall plant the tents of his palace between the seas (Israel) and the glorious holy mountain (Jerusalem); yet he shall come to his end, and no one will help him.