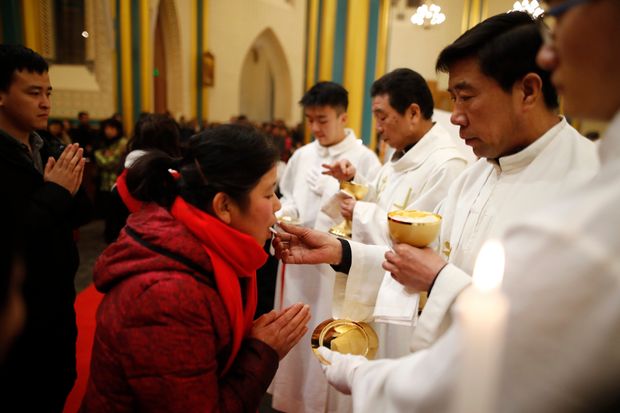 WND: China’s communist government is warning elderly Christians that they will lose basic benefits if they don’t stop practicing their faith.

Bitter Winter, the online magazine about religious liberty and human rights in China, reports the Communist Party is threatening “to take away the last means of survival from elderly believers,” the government benefits of “housing, food, clothing, medical care, and funeral expenses.”

“A Catholic from Fuzhou city in the southeastern province of Jiangxi has been receiving monthly 250 RMB (about $ 35) from the government since 2018, the year her husband died,” Bitter Winter reported.

“At the end of 2019, local government officials threatened the woman, in her 60s, that the subsidy would be withdrawn unless she removes images of Jesus from her home. Read More …

Opinion: Two months later, the woman’s $35 per month was cancelled.

On May 29, 2020 Pope Francis once again called Chinese Catholics to be “good citizens.” On the feast of Our Lady of Sheshan, patroness of China, the Holy Father briefly talked about the Asian country following his weekly Regina Caeli prayer.

“We entrust to the guidance and protection of our Heavenly Mother the pastors and faithful of the Catholic Church in that great country,” Pope Francis said, “so that they may be strong in faith and firm in fraternal union, joyful witnesses and promoters of charity and fraternal hope, and good citizens.”

The pope did not mention the 2018 accord between the Vatican and China, the details of which are not public.

Here is what we know…

“On September 24, 2018 Vatican spokesman Greg Burke, speaking in Vilnius, Lithuania, told reporters the aim of the accord “is not political but pastoral, allowing the faithful to have bishops who are in communion with Rome but at the same time recognized by Chinese authorities.”

The Roman pontiff made a pact with an atheist authoritarian dictator that allows the state to select Catholic bishops.

Pope Francis, so far, is silent.