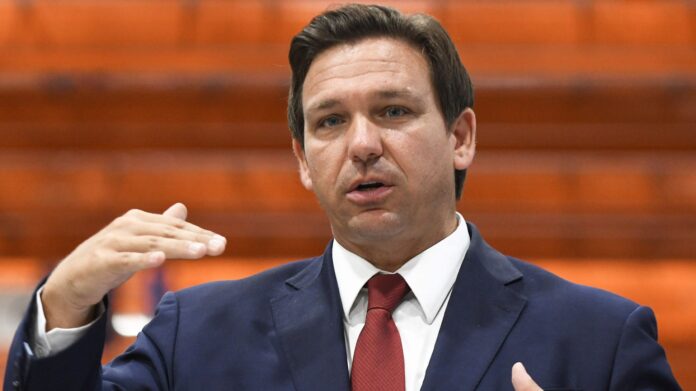 Daily Wire: Speaking at a highly charged roundtable where people who have fled the repressive Cuban government along with other Cuban expatriates spoke about the massive protests against the communist regime in Cuba, DeSantis said, “If you go into it thinking they’re upset about a vaccine shortage or they’re upset that there’s not enough groceries in the store, but they just want the regime to change a few things around and kind of rearrange the deck chairs on the Titanic, if that’s what you think, then you clearly have no hope of getting a favorable outcome.”

“IT IS AN ABOMINATION TO KINGS TO COMMIT WICKEDNESS: FOR THE THRONE IS ESTABLISHED BY RIGHTEOUSNESS.” PROVERBS 16:12 NKJV

Before DeSantis answered questions, Rosa Maria Paya Acevedo, founder of Cuba Decide, listed actions the United States government should take to support the Cuban people, including no negotiations with the dictatorship, providing internet access to the Cuban people so that the Cuban regime could not shut communication down, targeting the regime with sanctions, stopping businesses from doing business with the dictatorship, and leading an effort by other countries in the Western Hemisphere to join in a move against the Cuban regime.

DeSantis stated, “We have people here who were in the Bay of Pigs and they remember the Soviet involvement in Cuba from the 1960’s on. Now you have China, and they are involved in Venezuela —and oh, by the way — now is not the time to be taking away sanctions on Venezuela: that’s gonna end up helping the Cuban government. Obviously it will help the dictatorship in Venezuela as well.”