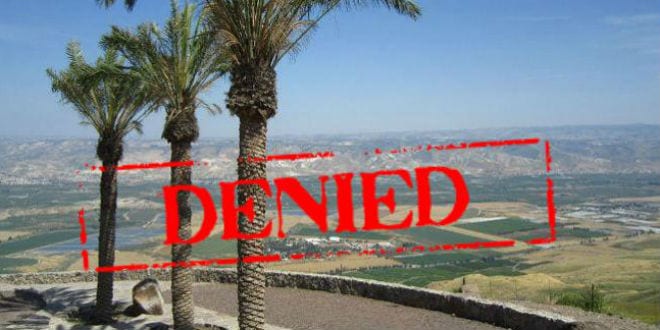 BIN: The European Union’s top diplomat, Josep Borrell, sent a message to Israel on Tuesday not to annex the Jordan Valley in the West Bank or else Palestinians could resort to violence.

“This may happen. … You can be sure it’s not going to be peaceful,” Borrell told the European Parliament, reported Reuters.

Israeli Prime Minister Benjamin Netanyahu announced on Tuesday that he plans to annex the valley if he wins re-election in the March 2 elections. Borrell also made clear his rejection of parts of U.S. President Donald Trump’s new peace plan meant to solve the Israeli-Palestinian conflict. Read More … 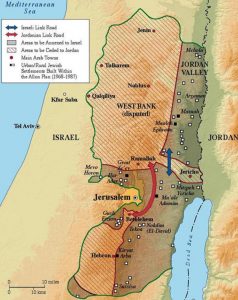 Opinion: We are talking about Judea and Samaria, the Biblical heartland of Israel and the Jewish people.

At stake is the future of the Temple Mount and Jerusalem, the most important city in the world. There is no way the nations, and especially the EU, will get this right.

“Behold, I will make Jerusalem a cup of drunkenness to all the surrounding peoples, when they lay siege against Judah and Jerusalem.” Zechariah 12:2.

Europe is fine with that. And it is Europe, divided into 10 regions (Daniel 7:24) that is the most obvious headquarters of Antichrist:

“…And the people of the prince who is to come
Shall destroy the city and the sanctuary …” Daniel 9:26.

It was the Roman Empire under General Titus that destroyed the city (Jerusalem) and sanctuary (temple) in 70 AD, and it is somewhere in the ancient Roman Empire that is prophesied to be the place of origin of the 4th beast of Daniel 2:40 and Daniel 7:7.

The Fourth Beast: A beast so wicked there is no animal comparison, trampling the residue (earth) with its feet – he could come from any one of Rome’s provinces.