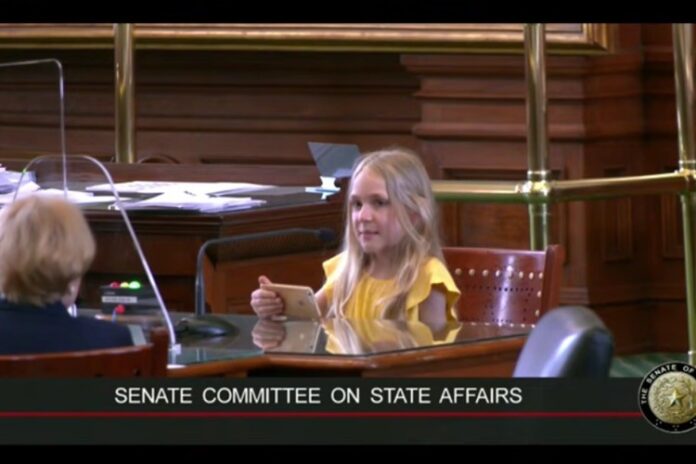 “It were better for him that a millstone were hanged about his neck, and he cast into the sea, than that he should offend one of these little ones.” Luke 17:2 KJV

Oh, there were no bullets flying or bombs detonating on April 12, when 10-year-old “Kai” Shappley spoke in front of Texas lawmakers about a proposed bill that would prohibit so-called “gender” transition treatments for children. But the human-shield idea was the same:

Put a child on the front line — where fire would normally be directed — so as to ensure that an enemy more moral than you are won’t attack your vulnerable positions. It’s sad, too.

Speaking of which, “It makes me sad that some politicians use trans kids like me to get votes from people who hate me just because I exist,” Shappley, a boy who claims to be a girl, said to Texas’s Senate Committee on State Affairs, reading testimony that obviously was composed by adults.