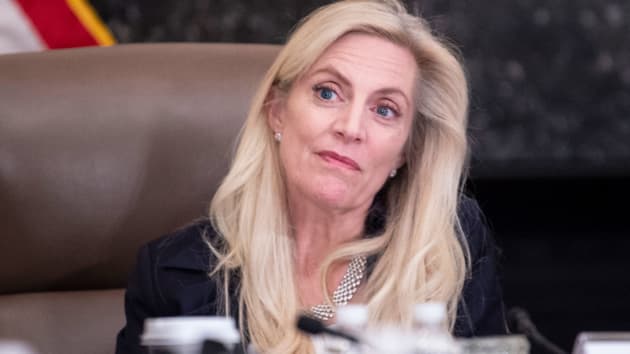 CNBC: Federal Reserve Governor Lael Brainard said a cryptocurrency backed by the central bank could provide a variety of benefits.

Brainard pressed the case for a digital dollar, saying Monday that a cryptocurrency backed by the central bank could provide a variety of benefits.

Providing financial services to the nearly 1 in 5 Americans considered “underbanked” is one of the advantages Brainard cited in a speech to a conference presented by Coindesk.

She also cited the safety of a Fed-backed system, as well as improvements in efficiency and cross-border payments, or transactions between people in different countries. Read More …’

Opinion: A secular central bank setting the stage for the economic system of Antichrist …

He causes all, both small and great, both rich and poor, both free and slave, to receive a mark on their right hand or on their forehead, 17 so that no one may buy or sell, except he who has the mark or the name of the beast or the number of his name. Revelation 13:16-17

Dominic Frisby with Money, Markets & Other Matters talks about the war on cash and central bank digital currency, known as CBDC. He questions if CBDCs are “the final step into the brave new world – Orwellian great reset dystopia – we seem to be heading towards” or are they “the onramp to the Bitcoin motorway.” He said the answer is “both.”

Frisby points out the biggest issue with CBDCs is that digital money is “programmable,” which means the issuer, such as the Federal Reserve or the Bank of England, can build specific rules into it. He said cash grants users freedom and power. read more

And with programmable money comes all kinds of new economic control over people and nations: