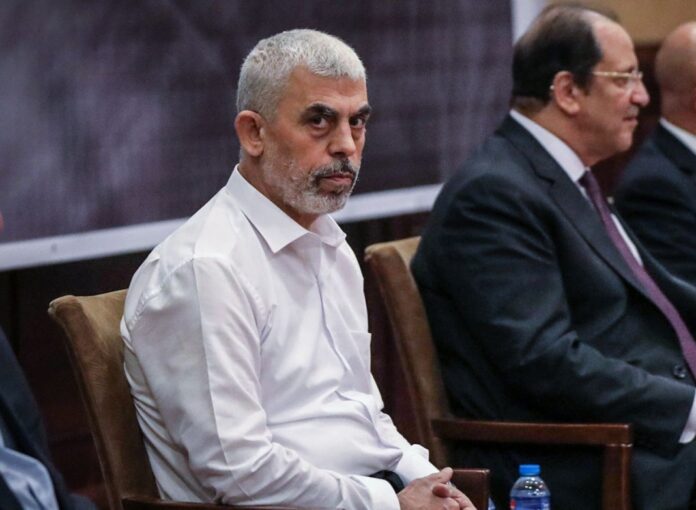 Jewish Press: Gaza-based Hamas leader Yahya Sinwar has rejected “all of the offers” made by the United Nations for an extended ‘calm’, threatening instead to escalate hostilities against Israel if millions of dollars in Qatari funds are not transferred to the enclave, according to Kan News.

“And Timna was concubine to Eliphaz Esau’s son; and she bare to Eliphaz Amalek: these were the sons of Adah Esau’s wife.” Genesis 36:12 KJV

UN Special Coordinator for the Middle East Process Tor Wennesland met on Monday with Sinwar, trying to strengthen the current ceasefire with Israel.

But the meeting did not go well, Sinwar told reporters Monday afternoon, saying he had rejected Israeli “provocations.”

Israel is standing firm on its requirement for Hamas to free the two living Israeli captives and the bodies of the two fallen IDF soldiers held by the terror group since the summer war of 2014 — before allowing Qatar to resume its monthly infusions of cash for poor families in the Gaza Strip.

“It was a bad meeting. It was not positive at all, he said. “The meeting with the UN delegation was thorough and they listened to us, but unfortunately there are no indications of intentions to solve the humanitarian crisis in the Gaza Strip. We informed the UN that we will not accept this.

“It seems that the occupation did not understand our message,” he added. Read More