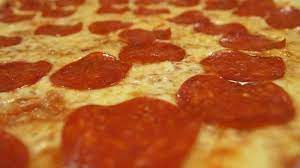 Out Kick: Coach Wattley Marcus and seven assistants at Canton McKinley High School football have been suspended after allegedly forcing a Jewish player to violate the tenants of his religion by eating pork.

McKinley is a considered traditional Ohio football power and plays home games at Tom Benson Stadium on the campus of the Pro Football Hall of Fame.

The attorney for the family of the football player, Edward L. Gilbert, alleged that the football coaches knew that the player is Jewish and keeps Kosher, but demanded he eat an entire pizza anyway.

“They order him to go into the gym. He sits in a chair,” Gilbert said, via WOIO-TV. “There is a pizza box on the floor. He picks up the pizza — they tell him he has to, as punishment, eat that whole pizza.”

Gilbert added that the player’s religious beliefs are known by the coaches and his teammates. Read More