Zero Hedge: We detailed earlier on Sunday that what appears to have been a cyberattack has disabled the power grid of the Natanz uranium enrichment facility. Naturally all eyes are on Israel as a likely culprit, which Israeli media itself has been at the forefront of speculating and asserting.

“Thou shalt fall upon the mountains of Israel, thou, and all thy bands, and the people that is with thee: I will give thee unto the ravenous birds of every sort, and to the beasts of the field to be devoured.” Ezekiel 39:4

Providing some confirmation that it wasn’t just “an accident” as was initially suggested, Iran’s top atomic official has followed by blaming an act of “nuclear terrorism” in statements later in the day.

Chief of the Atomic Energy Organization of Iran, Ali Akbar Salehi, further called it sabotage akin to the June 2020 attack on Natanz which resulted in a devastating fire which temporarily crippled the site which is key to Iran’s uranium enrichment process. In fact it was only on Saturday that Iran unveiled that it had new advanced centrifuges at the site. 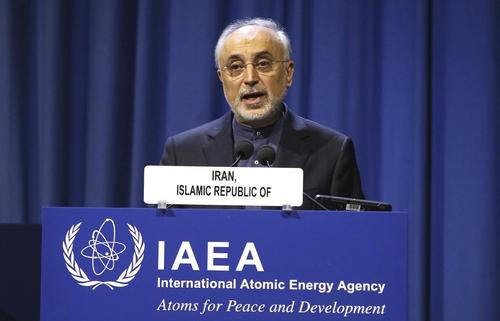 “Condemning this despicable move, the Islamic Republic of Iran emphasizes the need for the international community and the International Atomic Energy Agency [IAEA] to deal with this nuclear terrorism,” state media quoted Salehi as saying.

He further vowed retaliation: “Iran reserves the right to take action against the perpetrators,” he said. Read More