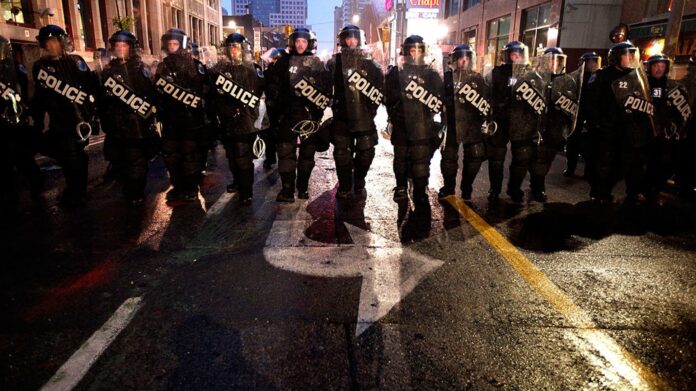 Daily Wire: Some of the protesters who demonstrated against the Royal Canadian Mounted Police (RCMP) on Sunday after they erected a three-walled chain link barrier around GraceLife Church in Alberta, Canada, attempted to rip down portions of the barricade.

RCMP responded in force, decked out in riot gear and masks, according to video posted to social media.

After the Christians tore down the fence that the government had built around the Edmonton church, the police sent in 200 heavily-armed riot police. That’s the church building you see there. This is China stuff, Iran stuff. But it’s happening in Canada. https://t.co/jYs8E1oXGh