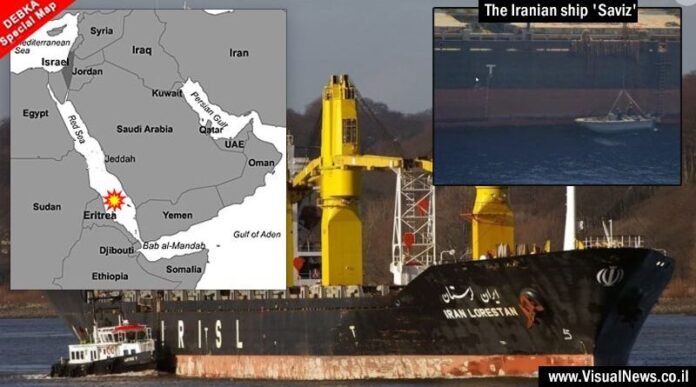 Debkafile: A US official told The New York Times that Israel had informed Washington of an attack by its forces on the IRGC-flagged Saviz in the Red Sea on Tuesday, April 6, in reprisal for Iranian strikes against its merchant vessels. The target was a floating IRGC intelligence base stationed between Eritrea and Yemen.

“I will summon a sword against Gog on all my mountains, declares the Sovereign Lord. Every man’s sword will be against his brother. Ezekiel 38:21 NIV

No comment has come from Israel to this report. The official said the ship had been hit below the water line. Iran’s semi-official Tasnim news agency said that the large ship was hit by limpet mines; the IRGC blamed Israel on social media. Located at a strategic Red Sea choke point, the ship which has been stationary for two years can provide a constant flow of real-time intelligence on maritime traffic and military vessels. Uniformed men have been seen onboard the ship, and on the deck are small launch boats that are commonly used by the IRGC.