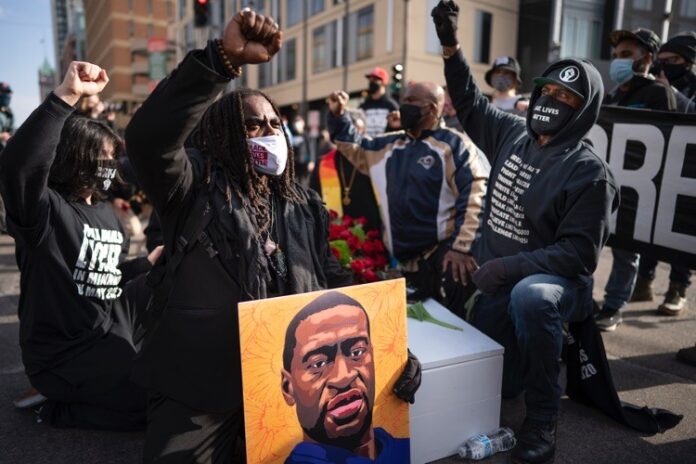 The New American: It’s what can happen when media agitation helps formulate criminal charges: A lawbreaker dies of an overdose in police custody, and the officer who restrained him is overcharged and then acquitted.

“Evil men do not understand justice, but those who seek the Lord understand it completely.” Proverbs 28:5 ESV

Then the rabble, convinced by race hustlers and propagandists that a murder was committed and the cop’s head would be on a platter, riot, burn, and destroy. Some of this has already happened in the case of Minneapolis police officer Derek Chauvin and the late George Floyd. The rest very well may happen. As commentator Andrea Widburg reports:

The trial of Derek Chauvin grinds on. Currently, the prosecution is still putting on its case, but it may want to stop doing so before the court is forced to dismiss the case altogether. As Andrew Branca, at Legal Insurrection, explained after the eighth day of the trial, “once again, the defense weaponizes prosecution ‘expert’ witness against the prosecution case.”

… A brief rundown here to orient you:

George Floyd, a convicted violent felon, passed a fake $20 bill. When the police arrived, Floyd was clearly under the influence and complaining that he couldn’t breathe. The police tried to get him into the back of their car, at which point he went wild. Concluding that Floyd was suffering from excited delirium (i.e., a probably drug overdose), Derek Chauvin restrained Floyd in textbook fashion, by placing him on his stomach with Chauvin’s knee across Floyd’s shoulder. The police also called 911 for a paramedic. While all this was going on a crowd gathered, filming what was happening and hurling angry, threatening imprecations at the police. This led to hundreds of violent riots and civilization-rending cultural changes, such as new policies and laws, the renaming of schools and other institutions, and legally mandated discrimination rebranded as “equity” six ways to Sunday. What’s more, Floyd’s family got $27 million from the city of Minneapolis to ease their grief. Read More