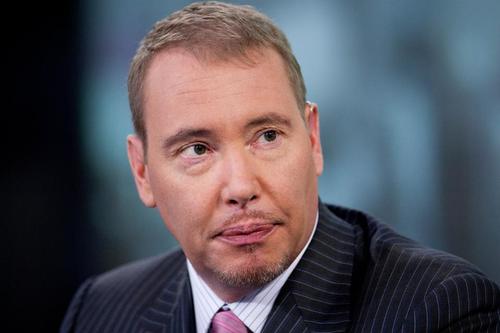 Zero Hedge: Building on his thoughts from earlier in the year that the dollar “is doomed,” DoubleLine Founder Jeffrey Gundlach reiterated in tonight’s webcast that any “economic growth we’re seeing isn’t really economic growth,” it’s just spending funded by “massive amounts of tools and devices The Fed has used.”

“So I looked, and behold, a black horse, and he who sat on it had a pair of scales[in his hand” Revelation 6:5

As he noted previously, consumption is not really the economy. The economy is about production. And when you buy goods produced in Asia with stimulus money, it shows up as GDP, but it’s really Asian GDP. It’s consumption in the United States. “So the economy isn’t really that strong with five million fewer jobs.”

Even with all the stimulus…

“The Fed decided to go big early,” Gundlach said and warns that policy makers going big with stimulus will be a “recurring theme” going forward, building on his previous thoughts that:

“We’re running our economy in a way that is almost like we’re not interested in maintaining global reserve currency status.”