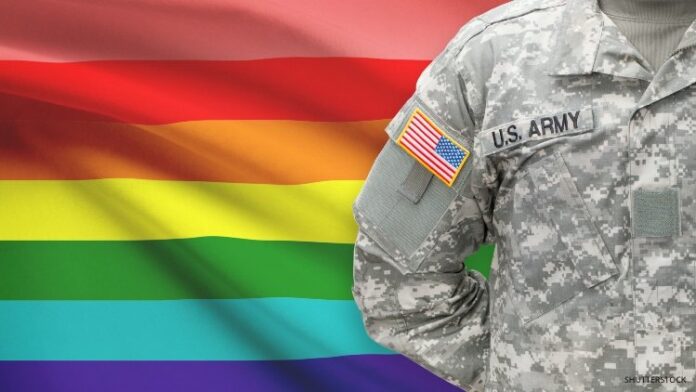 …  and at the same time there is an alarming increase of sexual assaults in the military against men:

JD: Bob you sent a note to many of us who are in the media about the social engineering that seemingly is going on at the Pentagon.

BM: Well that’s correct Jimmy. There are a number of issues whether it has to do with targeting people so called extremist or promoting transgenders or this whole critical race theory and woke policies that are iodating our Armed Forces. Arguably it is really undermining the effectiveness of our Armed Forces.

JD: Looks like the American Armed Forces are going to be politically correct but very hollow as a military force to defend the United States. Your thoughts?

BM: That’s correct Jimmy. They’re hollowing it out of people religious and conservative views and replacing it as best as these Leftist think with people that quite frankly don’t tend to embrace conservative or patriotic views and will be a hollow force.

I was reading a study that was put out by the Ram Corporation which tends to be Leftist. They did a survey that found that sexual assault in the military that 52% of all current sexual assault is perpetrated on them. That’s an alarming figure. It indicates that we have a growing minority that self identify as other than heterosexual. In other words they’re homosexual or something else. They are being sexually assaulted at a higher rate. So you have a lot of homosexual sexual assaults that are taking place in the Armed Forces at an inordinate level.

JD: Colonel Bob Maginnis revealing to us the alarming rise in sexual assaults in the United States military.

Colonel Maginnis who works at the Pentagon brings to our attention what is happening in our military. Social engineering instead of preparing our troops for war and at the same time an alarming rise in sexual assaults against men in the United States military. Romans 1:21-32 reveals God’s judgment against homosexuality, and Luke 17 warns that in the last days homosexuality will be on the increase in our society.