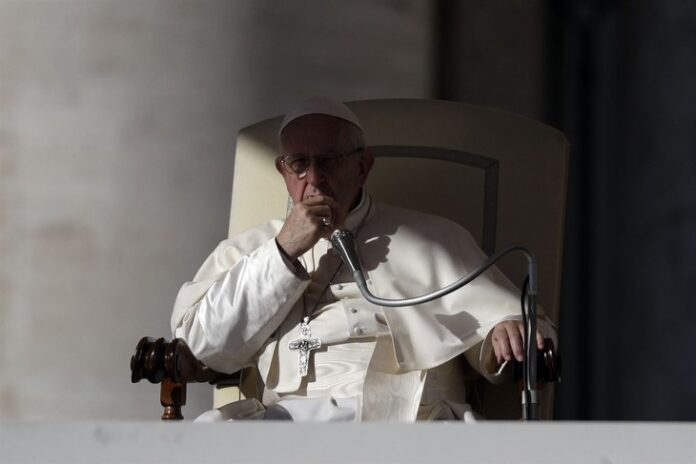 JD: A number of people who tend to think that the Pope will be the Antichrist. Your thoughts from a Biblical prospective?

DJ: Well Jimmy even going back to the reformers, many thought the Pope is the Antichrist. But John says in 1 John that the Antichrist is someone who denies that Jesus is coming in the flesh but Roman Catholicism affirms Jesus did. And one reason people think the Pope will be the Antichrist is because of the harlot in Revelation 17. The Antichrist will be a political and military leader who will rise from obscurity. The little horn of Daniel 7 and he will revive the Roman Empire based on chapters 2 and 7 of Daniel.

Many don’t realize there will actually be two world religions during the Tribulation period. The first global false religious system seems to be centered in Rome as described in Revelation 17. The global apostate ecumenical Christianity with perhaps a Roman Catholic foundation, which will likely absorb most other religions around the world. But in Revelation 17, “and the 10 horns which you saw on the beast these will hate the harlot, make her desolate and naked, eat her flesh and burn her with fire.” So the leaders of the revived Roman Empire will destroy the first world religion around the midpoint of the Tribulation. Then the second world religious system begins when the Antichrist defiles the rebuilt Temple in Jerusalem as described in Daniel 9 and Matthew 24, and he will declare himself to be God, as foretold in 2 Thessalonians 2. This all happens after the Rapture and the world is being prepared and the stage is being set for what’s coming.

JD: David James, Bible in hand explaining what the Bible says about the Antichrist.

The bottom line is that nobody knows who the Antichrist is today, that world leader of the future. What we can know for sure is what God’s word says about the Antichrist. Revelation 13:2 reveals that Satan will energize a man and give him his power and seat of authority as Antichrist. When the Antichrist goes into the Temple in Jerusalem, 2 Thessalonians 2:4 claims to be God which is the abomination of desolation, he will establish a new religion, Satan worship, which will be destroyed at the second coming of Jesus Christ, Revelation 19:11 and following. Today we do not need to know who the Antichrist is. What we need to know is that we are prepared for the next event, the Rapture of the church.

Editor and I have learned that Jimmy DeYoung and his wife and daughter have contracted Covid and we ask all our readers to join us in prayer for their speedy recoveries. Help us support the vital ministry of Prophecy Today by making a donation Here.