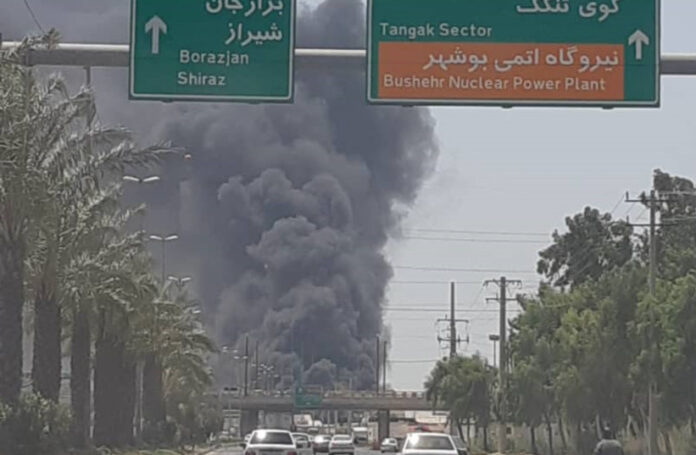 JPost: A massive fire broke out in Iran’s southwestern city of Bushehr near the Islamic Republic’s only functioning nuclear power plant late on Friday night, the semi-official Fars News Agency reported on Saturday.

Dozens of people in Bushehr were quick to upload footage of the fire to social media as bystanders moved away from the flames.

#BREAKING The Bushehr Port of #Iran is totally ablaze.
It is a major oil export port.

Again, Iran skimping on maintenance is biting them in the rear. One would think after all the sites which have exploded over the last couple years they actually would be increasing maintenance. pic.twitter.com/Jh71bStqnC

The cause of the fire is still unknown, according to Iranian media reports. Read More