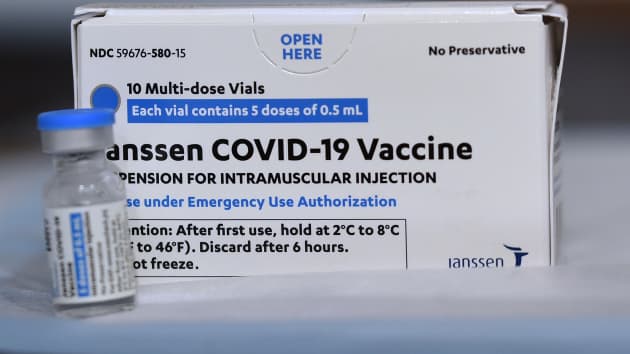 PJ Media: The Centers for Disease Control and Prevention (CDC) reports that at least 8 million Americans who received their first dose of the coronavirus vaccine have failed to return for the second dose. Both the Moderna and Pfizer vaccines require two doses about a month apart for the full immunological effects to take hold.

“And I looked, and behold a pale horse: and his name that sat on him was Death, and Hell followed with him. And power was given unto them over the fourth part of the earth, to kill with sword, and with hunger, and with death, and with the beasts of the earth.”Revelation 6:7-8

About 8 percent of people are not taking their second dose, double what the rate was in February. Then, the cause was a limited supply that created bottlenecks in some regions of the country. But public health authorities are concerned because while one dose of vaccine offers some protection, two doses are needed to create a robust immune response to protect the body from one of several variants of COVID-19 that have been discovered in other countries.

Mounting evidence collected in trials and from real-world immunization campaigns points to the peril of people skipping their second doses. Compared with the two-dose regimen, a single shot triggers a weaker immune response and may leave recipients more susceptible to dangerous virus variants. And even though a single dose provides partial protection against Covid, it’s not clear how long that protection will last.

“I’m very worried, because you need that second dose,” said Dr. Paul Offit, a professor at the University of Pennsylvania and a member of the Food and Drug Administration’s vaccine advisory panel.

One part of the solution is to give people a vaccine that only requires one dose.

The stakes are high because there is only one vaccine authorized in the United States that is given as a single shot. The use of that vaccine, made by Johnson & Johnson, was paused this month after it was linked to a very rare but serious side effect involving blood clotting. Federal health officials on Friday recommended restarting use of the vaccine, but the combination of the safety scare and ongoing production problems is likely to make that vaccine a viable option for fewer people.