PJ Media: It was supposed to be heartbreaking: on Friday, the New York Times published a front-page series of photos with the headline “They Were Just Children,” little Palestinian Arab children who had supposedly been murdered by the evil Israeli war machine during the latest round of Hamas jihad attacks.

“Beloved, believe not every spirit, but try the spirits whether they are of God: because many false prophets are gone out into the world.” 1 John 4:1 KJV

The only problem was that one of the photos, prominently featured on the top row, was of a little girl whom Palestinian Arab propagandists, using the very same photo, had reported murdered by the Israelis in January 2017. 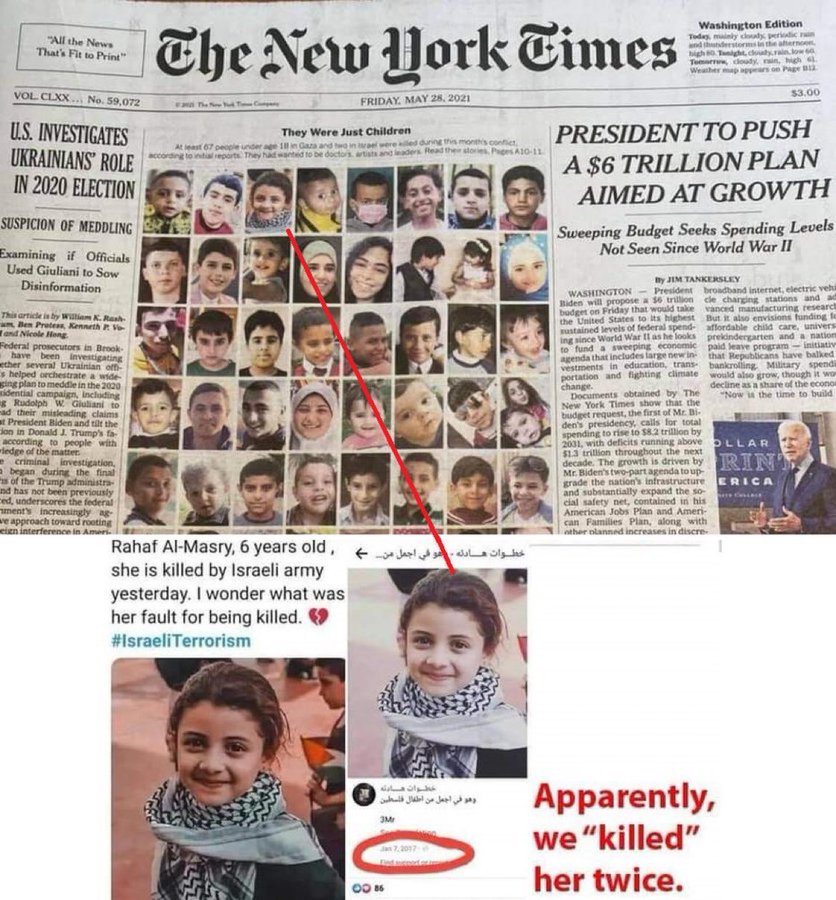 It was just the latest example of the fact that Israel’s atrocities are so many and so brazen that Palestinians have to fabricate evidence of them – and the establishment media eagerly plays along. Read More

BIDEN’S SOLUTION FOR ARAB VIOLENCE IN JERUSALEM: GIVE TEMPLE MOUNT TO JORDAN