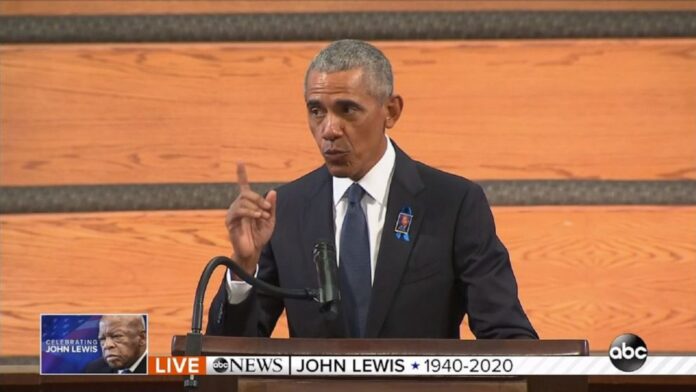 WND, Pat Buchanan: “When the people find that they can vote themselves money, that will herald the end of the republic.”

This was the nightmare of Ben Franklin.

Yet, with passage this spring of a $4 trillion bailout of an economy facing historic losses because of the COVID-19 pandemic, and Nancy Pelosi’s House having voted out another $3 trillion, we may have reached Franklin’s peril point.

Indeed, if Democrats capture the Senate and win the White House, as many polls now project, it is not easy to see who or what prevents an uncontrolled explosion of fresh spending and a concomitant expansion of federal power. Read More …

Opinion: A filibuster is a political procedure where one or more members of Parliament or Congress debate over a proposed piece of legislation so as to delay or entirely prevent a decision being made on the proposal.

If is the big word in this election.

If Republicans lose the Senate and presidency, and Democrats keep the House is a worst case scenario. And If, the filibuster is then voted down, the Republican minority in 2021 would be stripped of virtually the only effective weapon in its arsenal to halt, slow, or shape U.S. law.

That is why Barack Obama, fake southern accent and all, turned a eulogy for John Lewis into a campaign speech for Joe Biden.

It is that important.

Said Obama: “By making sure every American is automatically registered to vote, including former inmates … By adding polling places, and expanding early voting, and making Election Day a national holiday … By guaranteeing that every American citizen has equal representation … including the American citizens who live in Washington, D.C., and in Puerto Rico.

If all this takes eliminating the filibuster, another Jim Crow relic … then that’s what we should do.”

It is that important, but don’t take my word for it, take Obama’s: