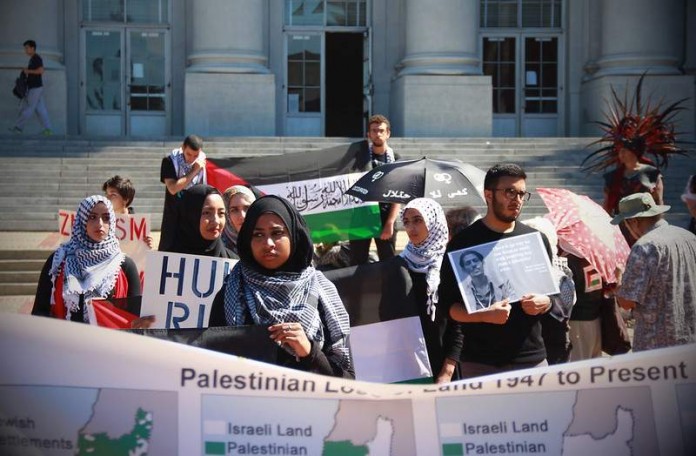 Jewish Press: AMCHA Initiative today released its annual report, Understanding Campus Anti-Semitism in 2019 And Its Lessons for Pandemic and Post-Pandemic U.S. Campuses, which documents a more than 300% increase in campus activity intended to undermine and discredit the global acceptance of anti-Zionism as a form of anti-Semitism.

And this increased activity was accompanied by an increase in anti-Semitism, specifically incidents targeting Jewish students for harm, on campuses that hosted those challenges.

The researchers also found that Israel-related anti-Semitism is easily adaptable to the distance learning platforms that will likely play a large role in the college experience during the ongoing COVID-19 pandemic, and they unveiled a new approach to protecting Jewish students on physical or virtual campuses. Read More …

Zionism – an international movement for the return of the Jewish people to Zion, the land of Israel, while exercising the right to retain authority of government over the state of Israel, which was promised to them in the Hebrew Scriptures.

Anti-Zionism – a stance that opposes Jewish self-determination in any part of the ancestral homeland of the Jewish people.

The Anti-Zionist movement Boycott Divest and Sanction (BDS) is seeking to destroy the economy of Jews living in Judea and Samaria, the ancient homeland for the Jewish people for over 3000 years.

Combined: Denying the legitimacy of the State of Israel and the right of the Jewish people to sovereignty in any portion of its ancient homeland – but supports the rights of others, including Palestinians, to national existence.

In Matthew 24:15-16 Jesus instructed the Jews of Judea that when they see the  abomination (Antichrist standing in the 3rd temple demanding worship), to flee to the mountains.

“Therefore when you see the ‘abomination of desolation,’ spoken of by Daniel the prophet, standing in the holy place” (whoever reads, let him understand), 16 “then let those who are in Judea flee to the mountain”

It is there, in the mountains of Mt. Seir, the ancient home of Esau, that Jesus will slay their eternal enemy Edom (Isaiah 63:1-3), and bring His people to repentance and belief in Him:

Those who try to prevent Zionism, do so at their your own peril (Genesis 12:3)