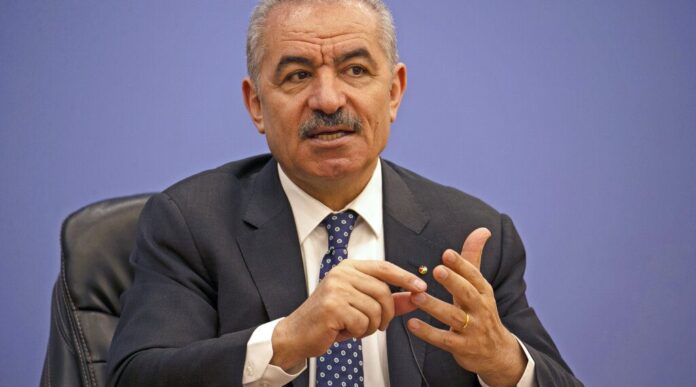 Israel Hayom: The Palestinians said Tuesday they proposed a demilitarized Palestinian state in Judea and Samaria, Gaza and east Jerusalem with one-to-one land exchanges with Israel as a counteroffer to President Donald Trump’s Mideast plan.

Palestinian Authority Prime Minister Mohammad Shtayyeh declined to provide further details about the four and a half page proposal but said the Palestinian position on major issues is well-known. He said the plan was submitted in recent days to the Quartet of Mideast mediators – the US, the UN, the European Union, and Russia.

Shtayyeh told reporters that annexation is an “existential threat” that would mark the “total erosion of our national aspirations.” The Palestinians want a state in the West Bank, Gaza, and east Jerusalem, territories Israel seized in the 1967 war. Read More …

There is a dark power who wants to prevent Zechariah 12:4 …

… from ever taking place.

The scene is the end of the great war of Armageddon. Zechariah explains it will begin with the personal appearance of Messiah on the Mount of Olives which, not coincidentally, is in East Jerusalem, the very place that the Arab people are obsessed with and the very place from which Jesus will rule and reign for 1000 years.

From time immemorial the descendants of Esau have tried to reclaim the land promised to Abraham and his descendants after him (Gen. 17:7-8). Their singular goal is the destruction of Jacob (Gen. 27:41) and the reversal of two blessings:

“May God give you heaven’s dew
and earth’s richness—
an abundance of grain and new wine.
May nations serve you
and peoples bow down to you.
Be lord over your brothers,
and may the sons of your mother bow down to you.
May those who curse you be cursed
and those who bless you be blessed.”  Gen. 27:28-29 NIV

No big brother can accept such a defeat, even if the big brother so disdained his birthright that he sold it to satisfy his growling stomach (Gen. 25:29-34).

Who can accept such an explanation? Who will accept that Satan has been working to bring this plan of war against God from the beginning?

But then that is what the Bible promised “The end from the beginning” Isaiah 46:10.