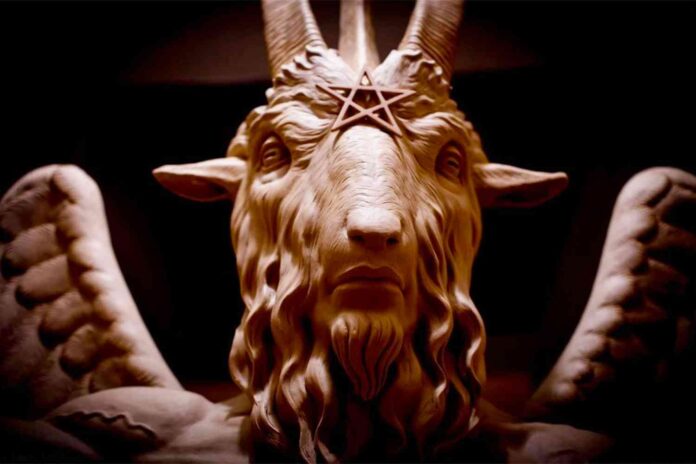 Discern: Claiming that ending the life of a first trimester unborn baby is a religious right for their members, the Satanic Temple has issued a press release demanding that religious freedom protections exempt them from all state restrictions on abortion.

The ritual is practiced when the individual stares at themselves in a mirror during the moments immediately preceding an abortion, and recites one of the Satanic Temple’s “tenets” that a person’s body is “subject to one’s own will alone,” that “beliefs should conform to one’s best scientific understanding of the world,” and that a person should never “distort scientific facts to fit one’s beliefs.”

Opinion: So who is this Satan that these people worship?

How you are fallen from heaven, O Lucifer, son of the morning! How you are cut down to the ground, You who weakened the nations! 13 For you have said in your heart:

I will ascend into heaven,
I will exalt my throne above the stars of God;
I will also sit on the mount of the congregation
On the farthest sides of the north;
I will ascend above the heights of the clouds,
I will be like the Most High.’ Isaiah 14:12-14

That Satan’s worshipers desire state laws to be “subject to one’s own will alone” is the daily argument of the pro-choice left. Staring into a mirror before taking a child’s life is the ultimate power over life and death, and is in keeping with the god they worship.

For that there is a bottomless pit.

“Then I saw an angel coming down from heaven, having the key to the bottomless pit and a great chain in his hand. 2 He laid hold of the dragon, that serpent of old, who is the Devil and Satan, and bound him for a thousand years; 3 and he cast him into the bottomless pit, and shut him up, and set a seal on him, so that he should deceive the nations no more till the thousand years were finished. But after these things he must be released for a little while.” Revelation 20:1-3