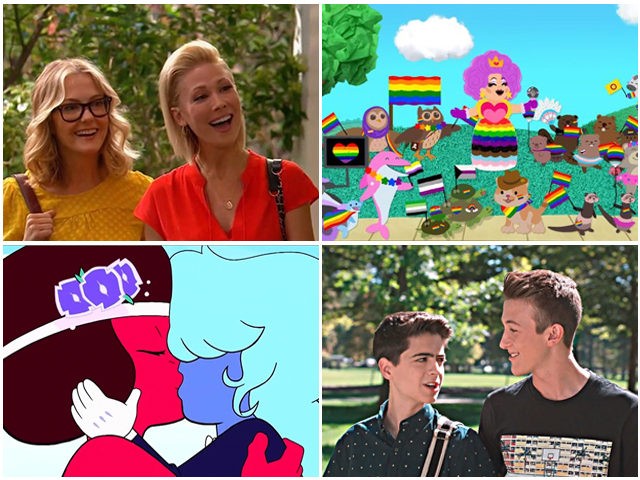 Breitbart: A veritable tidal wave of gay representation has washed over children’s TV shows, with a 222 percent increase in LGBTQ characters and stories between 2017 and 2019 alone.

As June Pride Month continues, Insider took stock of children’s TV and found that in the last decade, cartoons and live-action shows aimed at kids on networks including Disney, Nickelodeon, Cartoon Network, and others have seen an explosion of gay content.

In one bullet point, for instance, Insider discovered that gay content aimed at kids had increased a tremendous amount in only a few years:

Ursula, Bugs Bunny, and Asami Sato. They are three of the 259 LGBTQ characters Insider found in cartoons.

Queer culture has historically been present in this space. But, small-screen LGBTQ representation both exploded and shifted over the past decade. https://t.co/h2WhmIPhfU pic.twitter.com/VzphTmG10V

From 2017 to 2019 alone, we found a 222% increase in representations of LGBTQ identity. In 2019 a total of 74 newly-debuted or confirmed LGBTQ characters made their way to the screen. Read More