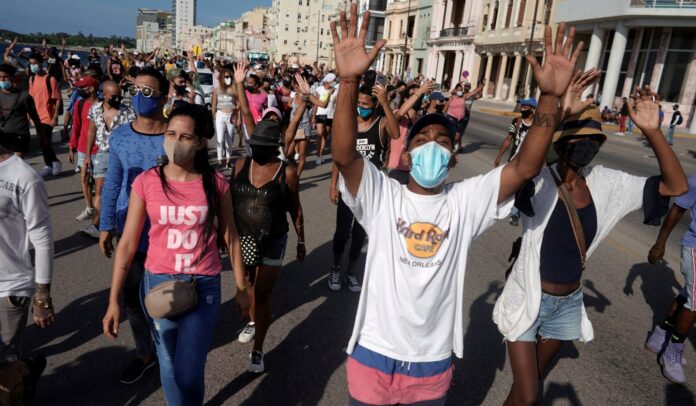 National Review: In November 2020, Joe Biden’s Havana born Department of Homeland Security, Ali Mayorkas, promised to “oversee the protection of all Americans and those who flee persecution in search of a better life for themselves and their loved ones.”

As far as I can tell, there was no performative outrage from Alexandria Ocasio-Cortez or any of her progressive cohorts over the United States shutting its doors to the downtrodden. There are no overwrought analogies made between U.S. immigration policy and the MS St. Louis by Democrats. There is no grandstanding reading of “The New Colossus” from CNN hosts.

Most Cuban American voters identify as Republican in 2020

Unlike other Hispanic registered voters in the United States, most Cuban Americans identify as Republican – a pattern that could have electoral implications as President Donald Trump seeks to recapture the important swing state of Florida this year.

In 2020, Latinos (Mexico/Central America) proved once again that their political leanings defy a concise definition: In battleground states like Arizona, Nevada, Pennsylvania, and Michigan, Latinos helped deliver victories that made Joe Biden’s ascent to the presidency possible.