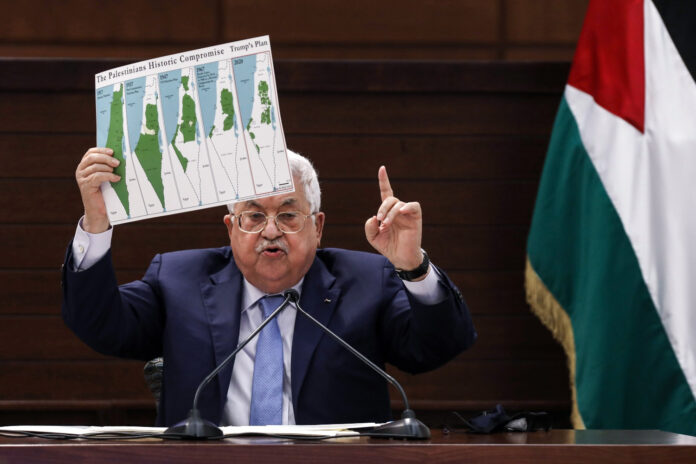 Opinion: After thousands of posts on the rightful owners of the land, from Biblical and secular views, I never once thought to look at the very symbol of the struggle. The flags bear out prophetic Scripture and the impossibility of a two state solution.

The Satanic inspired hatred of Jacob, whom God re-named Israel, is from time immemorial. It began while Jacob and his twin brother Esau were still in the womb:

And the Lord said to her:

“Two nations are in your womb,
Two peoples shall be separated from your body;
One people shall be stronger than the other,
And the older shall serve the younger.” Genesis 25:23

It festered over trickery when the twins’ father, Isaac, gave Jacob the title deed to the promised land (Genesis 27:28-29 NIV), and Esau was told he would serve his younger brother (Genesis 27:39-40).

It has reverberated throughout history with the anguish of Esau’s cry “When my father dies I will kill my brother Jacob” (Gen. 27:41) through the millennia to his descendants.

It continued when God swore to have war with the seed of Esau generation to generation, Exodus 17:16.

It was in full display when the Edomites refused Israelites passage to the promised land, Numbers 20:21.

It was confusing when God told the Israelites “You shall not abhor an Edomite, for he is your brother” Deuteronomy 23:7.

It was there when King Saul disobeyed and did not destroy Amalek, Esau’s grandson, 1 Sam. 15:1-3.

It manifested in the destruction of Solomon’s Temple, Obadiah 1:1-18.

It was present at the time of Jesus in the teachers of the law, Matthew 23:1-30.

And it is on full display in Israel today as the descendants of Esau have returned, Malachi 1:4.