Zero Hedge: It is not widely realised that the EU concept is on its last legs. The bureaucratic inefficiencies and bad leadership were fully exposed last week over the inability of the EU to distribute vaccines and the attempts to blame everyone else. But a larger problem is hidden in the euro structure, comprised of banking and TARGET2 settlement systems. 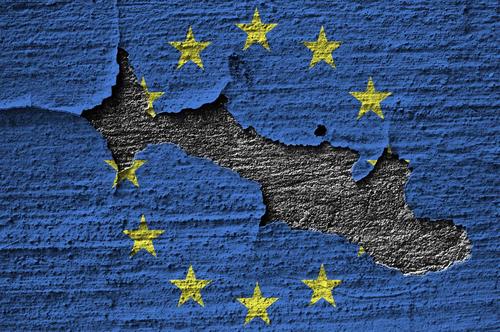 This article discusses the precarious financial position of the commercial banks and the gaming of the TARGET2 system by national regulators to hide bad debts. The bad debt situation is now set to deteriorate at a faster pace thanks to the economic consequences of coronavirus lockdowns and is not helped by lack of vaccines, which defers the return to economic normality.

It is no exaggeration to conclude that the failure of its settlement system will bring down the ECB and the national central banks. The ECB will be gone, and NCBs will reform to administer new national currencies — there can be no other outcome.

With the euro failure the European Commission is likely to cede power to national interests, heralding a new era of immense political uncertainty as new currencies and government financing arrangements are devised. Read More