Home Bible prophecy The Unexpected Alliance Between Turkey and Libya: ‘Gas Wars’ In The Mediterranean 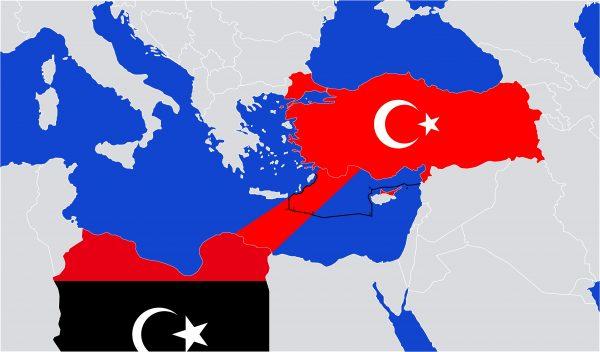 Zero Hedge: The unexpected alliance between Turkey and Libya is a geopolitical earthquake that changes the balance of power in the eastern Mediterranean and across the Middle East.

Turkey’s audacious move has enraged its rivals in the region and cleared the way for a dramatic escalation in the 9 year-long Libyan civil war. It has also forced leaders in Europe and Washington to decide how they will counter Turkey’s plan to defend the U.N-recognized Government of National Accord (GNA), and to extend its maritime borders from Europe to Africa basically creating “a water corridor through the eastern Mediterranean linking the coasts of Turkey and Libya.”

Leaders in Ankara believe that the agreement “is a major coup in energy geopolitics” that helps defend Turkey’s “sovereign rights against the gatekeepers of the regional status quo.”

But Turkey’s rivals strongly disagree. They see the deal as a naked power grab that undermines their ability to transport natural gas from the East Mediterranean to Europe without crossing Turkish waters. In any event, the Turkey-Libya agreement has set the stage for a broader conflict that will unavoidably involve Egypt, Israel, UAE, Saudi Arabia, Europe, Russia and the United States. All parties appear to have abandoned diplomatic channels altogether and are, instead, preparing for war. Read more …

Opinion: The alliance wasn’t unexpected by a prophet named Ezekiel around 2500 years ago: “Persia, Cush and Put will be with them, all with shields and helmets” Ezekiel 38:5 NIV.

Put or Phut, was the third son of Ham, who was one of the three sons of Noah, who settled in the north African nation of what is today Libya. ‘Them‘ is Russia, Turkey, Iran and the Cush nations of Sudan, Ethiopia and Somalia.

While the left obsesses on climate change, even promising to end the use of fossil fuels, the plunder spoken of in Ezekiel 38:13 sparking the Gog Magog war, is likely natural gas.

It figures, doesn’t it?

Israel’s got it – Turkey doesn’t – and Erdogan is trying to stop Israel from building a pipeline to sell it to Europe, which brings Russia into the equation. Russia’s economy is dependent of the sale of gas to Europe.

And it is all happening while the church ignores the Old Testament prophecies.