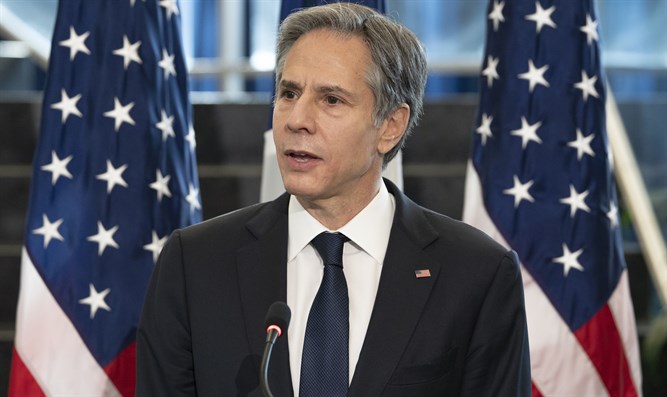 Arutz Sheva: US Secretary of State Antony Blinken warned Israeli leaders that evicting Arab squatters from Jewish-owned property in eastern Jerusalem could lead to a resurgence in violence, as could Israeli law enforcement efforts on the Temple Mount.

Speaking with Walla! on Thursday following his visit to Jerusalem, Blinken said that he expressed concern during talks with senior Israeli leaders that Israeli actions both in the Shimon HaTzadik neighborhood (Sheikh Jarrah) in eastern Jerusalem and on the Temple Mount could lead to another wave of violence in the region.

Dozens of Arab squatters living on Jewish-owned property in Shimon HaTzadik facing eviction have become a cause célèbre for anti-Israel rioters both inside and outside of Israel. Read More …

Opinion: Dear Mr. Secretary, there will be no hope for the nations that turn from God’s word.

Arabs lost the war of 1967 when Egypt, Syria, and Jordan staged an attack on the Jewish state to destroy it. The war ended in 6 days, in a stunning victory that united East and West Jerusalem, including the neighborhoods where 13 Palestinian families in Sheikh Jarrah have currently been fighting efforts by settlers to evict them in Israeli courts.

In 1956, Palestinian refugee families moved into some homes in Sheikh Jarrah that were built with the support of the Jordanian government and the United Nations.

In 1972, almost twenty years after Palestinians settled in the Sheikh Jarrah area, Jewish settlers started launching legal challenges to the Palestinian claims to the land, initiating a legal battle that continues today.

The squatters say they have a legal right to the land, the Israeli courts say they do not.

The evictions were put on hold by Israel’s Supreme Court, which said it would wait to deliver its verdict on an appeal of the previous ruling in a bid to ease the mounting tension in the Holy City. But as the Muslim holy month of Ramadan drew to a close on May 12, unrest at another flashpoint, the al-Aqsa mosque in Jerusalem’s Old City, pushed the two sides back into armed conflict.

Protests erupted several weeks ago after a court ruling in favor of the Israeli settlers, which cleared the way for some of the Arab families to be evicted immediately.

The United Nations Commission for Human Rights has called the forced removal of Palestinian families a potential war crime. Israeli officials have called it a “real-estate dispute between private parties.”

And there you go. The Arab world has been encroaching on Israeli land in Jerusalem since 1967 with the help of an anti-Semitic, anti-Zionist world. The stunning and miraculous Israeli victory in 6 days is being played out over and over.

Lost in the cease-fire demanded by Biden are the bodies of 2 Israeli soldiers that were killed in enemy territory in the 2014-15 war. Hamas refuses to return them and Secretary of State Antony Blinken, who is Jewish, is fine with that.

Tzur Goldin, the brother of Hadar Goldin, a soldier whose body was kidnapped by Hamas during Operation Protective Edge in 2014, tweeted on Sunday that the Egyptian security delegation that entered Gaza has been advised by Israel’s National Security Council to place the release of Israeli captives in the Gaza Strip at the bottom of the priority list in its ceasefire negotiations. read more

In the midst of victory celebration, Yahya Sinwar, Hamas’ head, brags that only 5% of Hamas terror tunnels were destroyed by the IDF, virtually ensuring another war. 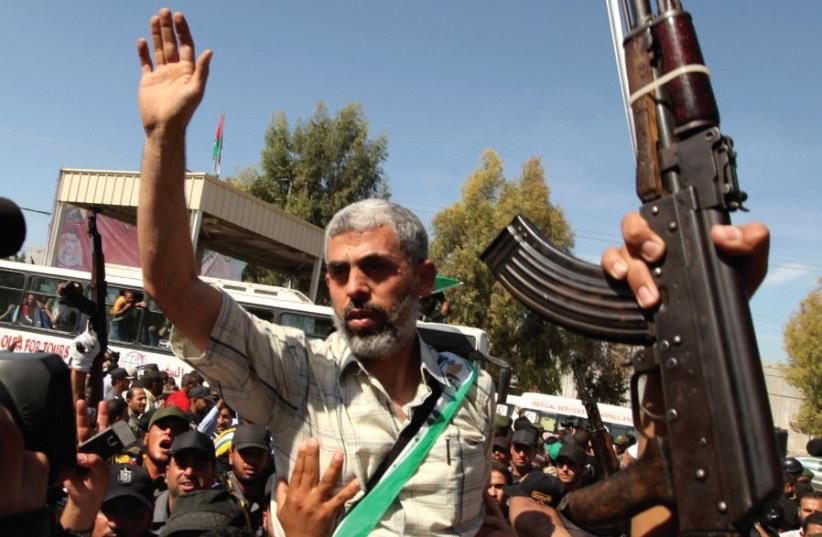