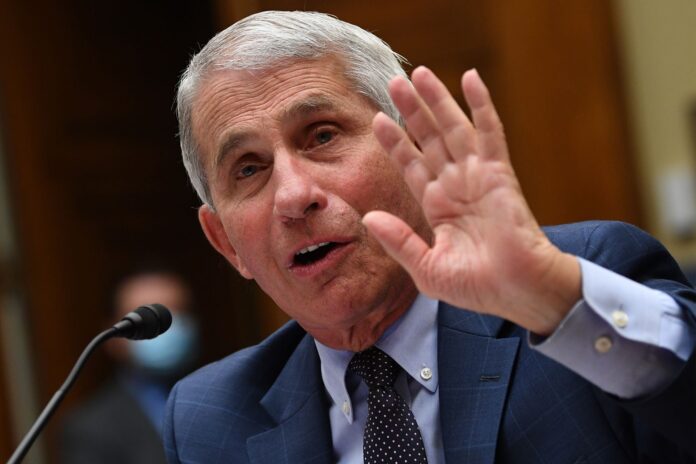 Zero Hedge: EcoHealth Alliance President Peter Daszak – who collaborated with the Wuhan Institute of Virology on research funded by Dr. Anthony Fauci’s National Institute of Allergy and Infectious Disease – appears to boast about the manipulation of “killer” SARS-like coronaviruses carried out by his “colleagues in China” in a clip unearthed by The National Pulse. 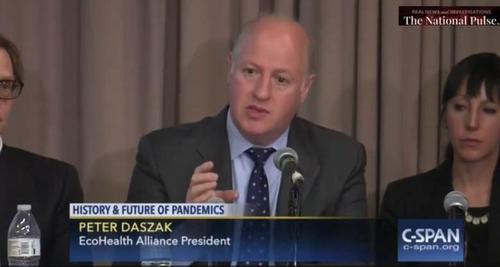 Daszak made the admission at a 2016 forum discussing “emerging infectious diseases and the next pandemic,” which appears to be at odds with Fauci’s repeated denial of funding gain-of-function research at the Wuhan Institute of Virology.

While describing how his organization sequences deadly viruses, Daszak describes the process of “insert[ing] spike proteins” into viruses to see if they can “bind to human cells” as being carried out by his “colleagues in China”:

“Then when you get a sequence of a virus, and it looks like a relative of a known nasty pathogen, just like we did with SARS. We found other coronaviruses in bats, a whole host of them, some of them looked very similar to SARS. So we sequenced the spike protein: the protein that attaches to cells. Then we…

Well I didn’t do this work, but my colleagues in China did the work. You create pseudo particles, you insert the spike proteins from those viruses, see if they bind to human cells. At each step of this you move closer and closer to this virus could really become pathogenic in people.

“You end up with a small number of viruses that really do look like killers,” he adds.

Opinion: We do not have to wonder what kind of viral monster the world is creating because the Bible tells us all about it.

“And I looked, and behold a pale horse: and his name that sat on him was Death, and Hell followed with him. And power was given unto them over the fourth part of the earth, to kill with sword, and with hunger, and with death, and with the beasts of the earth.” Revelation 6:8

You see if we back up to Revelation 6:1-2 we find a false Christ. In Revelation 6:3-4 peace is taken from the earth, and Revelation 6:5-6 a financial collapse. All three create the perfect set up for the pale horse as the 7 year tribulation begins.

At this point you would think that men and women would be on their knees before God begging for an end to the judgments that will come. But that’s not what happens…

“And men were scorched with great heat, and blasphemed the name of God, which hath power over these plagues: and they repented not to give Him glory.” Revelation 16:9