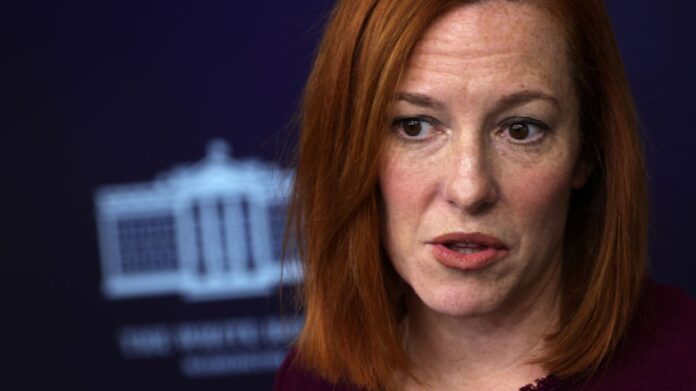 “On President Biden’s transgender rights executive action, specifically when it applies to high school sports, what message would the White House have for trans girls and cis girls who may end up competing against each other, and sparking some lawsuits and some concern among parents?” Fox News reporter Rachel Sutherland asked Psaki. “So does the administration have guidance for schools and dealing with disputes arising over trans girls competing against and with cis girls?”

.@PressSec is asked what the White House message is to girls being forced to compete in sports against biological males:

"The president's belief is that trans rights are human rights… In terms of the determinations by universities and colleges, I would certainly defer to them" pic.twitter.com/jCmPDoLcHw

Opinion: I have to admit I had to look up cis-gender only to find out it is what I always thought a girl was, is, or something.

I didn’t have to think too hard, however, as to what is really going on here.

” … In the day that God created man, He made him in the likeness of God. He created them male and female, and blessed them and called them Mankind in the day they were created” Genesis 5:2.

God’s creative work is under attack by progressive leftists:

“Now the Spirit expressly says that in latter times some will depart from the faith, giving heed to deceiving spirits and doctrines of demons” 1 Timothy 4:1