Home PT World Order 10,864 Venezuelans Cross Border Into U.S. in One Sector Alone, Up From... 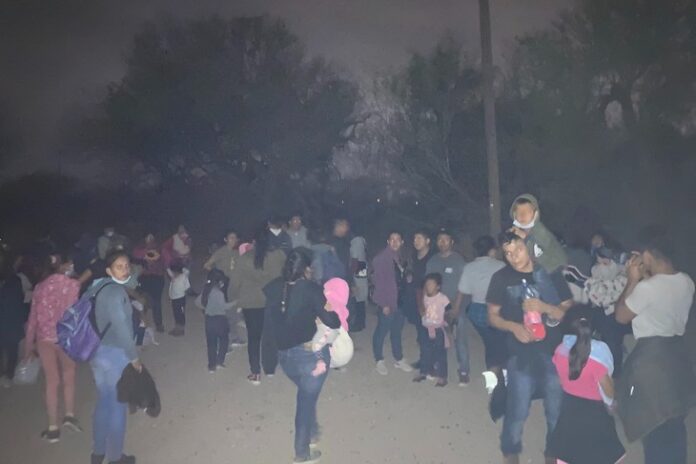 PJ Media: You read that right. Customs and Border Patrol, (CBP) reports that 10,864 Venezuelans have crossed the border this fiscal year, which began on October 1, 2020—in just the Del Rio sector. The Del Rio sector covers 47 counties and 245 miles of border along the Rio Grande in Southwest Texas. Last fiscal year the number of illegal immigrants from Venezuela was 135. If my calculator is accurate, that’s a 7947.71% increase. All thanks to Gropey Joe Biden.

“Thou hast set all the borders of the earth: thou hast made summer and winter.” Psalm 74:17 KJV

Epoch Times reporter Charlotte Cuthbertson tweeted a video of Venezuelans in Texas waiting to get a lift by CBP to a processing center. One is seen on his phone utilizing his international phone plan.

It’s the same drill every time: people cross illegally, welcoming troopers hand them water and granola bars, the immigrants relieve themselves in the tall carrizo cane reeds and are soon picked up by CBP and driven to processing centers and then released. If you want to know why Kamala Harris hasn’t gone to the border it’s because she doesn’t need to. Things at the border are operating just as the Biden administration wants them to.

More than 119,000 illegal immigrants from 70 countries have been “apprehended” in the Del Rio sector alone so far this fiscal year. Read More