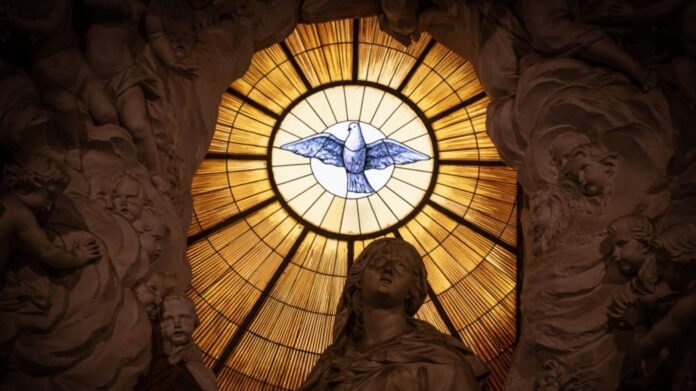 Daily Wire: The Southern Baptist Convention (SBC) is the largest Protestant denomination in the U.S., representing some 48,000 churches and 14 million members. But more importantly, to borrow a phrase from the great William F. Buckley, the SBC is one of the last American church bodies to stand athwart the country’s swift and steady slide toward LGBT obeisance, feminism, and critical race theory, yelling, “Stop!”

In contrast to other large Protestant denominations such as the United Methodist Church, the Episcopal Church, and the Presbyterian Church (USA), it does not permit women pastors, does not affirm gay or transgender lifestyles, and has been resistant to replacing biblical justice with social justice.

In fact, last November, six SBC seminary presidents were so alarmed at CRT’s influence on church culture, they released a statement making it clear that while their institutions condemn racism, any affirmation of CRT or Intersectionality is incompatible with Southern Baptists’ statement of faith.

In the last few years, though, influences from within and without have begun to weaken the SBC’s resolve to conform to Scripture rather than public opinion.

Last-minute shenanigans akin to October surprises abounded in the final days leading up to the convention. Unknown parties leaked secret recordings to numerous legacy outlets, and the day before the vote, a Washington Post contributor on the ground claimed the most-conservative presidential candidate harangued an abuse victim and left her in tears. By the time several witnesses disputed his account, his version of events had traveled throughout the event

The more progressive candidate won in a runoff vote by a razor-thin margin and the Resolutions Committee ended Tuesday night having blocked numerous proposals that would have explicitly denounced CRT. Read More

Sardis means remnant and corresponds to the Protestant church when Martin Luther (1517) led the church out of Catholicism which had distorted Scripture. Sardis also began Covenant Theology declaring that the redeemed church is Israel and Israel is the church.

Philadelphia means brotherly love and represents the Evangelical church of the 1800’s. Philadelphia led the church back to a literal interpretation of scripture, pre-tribulation rapture, 1000-year literal reign of Christ on earth, and Israel as separate and distinct from the church in God’s plan.

Philadelphia also corresponds with Dispensational theology. It is the church that prepared the way and supported the rebirth of Israel and it is the only church that was shown an open door (rapture) to meet Christ in the air (1 Thessalonians 4:16-18).

Laodicea means the people rule. It is the final apostate church that will form after the rapture. Jesus told this church that because it was neither hot nor cold, He would spew it from His mouth.

The question is, where will the Southern Baptist Convention land, Philadelphia or Laodicea?