Home Antichrist Canadian Leadership on the Torching of Dozens of Churches: ‘Burn It All... 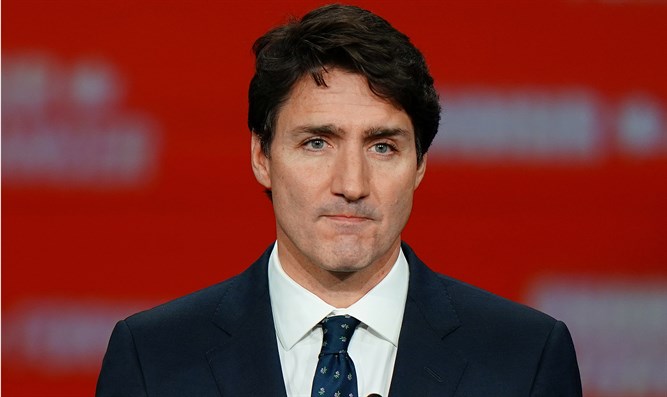 PJ Media: In one nation, at least two dozen mostly Catholic but some Anglican churches have been vandalized or torched in recent weeks; and that nation’s leaders are either openly calling for more or shrugging their shoulders.

That nation is not Iraq, Syria, or Libya under ISIS but rather Canada.

According to one report titled “Canada has become the church-burning centre of the western world.”

As of publication [July 2], there have been almost 23 attacks against churches—including at least five completely destroyed by fires, at least three damaged by fires, and more than 15 vandalized to varying degrees.

Two days after that report was published, on Sunday, July 4, another church was set on fire in southeast Calgary, and “countless have been vandalized,” says a July 6 report.  After characterizing these ongoing attacks as a “shocking and unchallenged new reality” for Canada, the report adds:

There are currently no suspects for these arsons, but even more alarming, there is seemingly very little sympathy or care given to this vicious form of religious persecution.

Indeed, consider the reaction to these hate crimes coming from some of Canada’s leaders: Harsha Walia, the head of British Colombia’s Civil Liberties Association—which claims to “promote, defend, sustain, and extend civil liberties and human rights”—on June 30 tweeted, “Burn it all down,” in regards to churches. Read More… Opinion: The great apostle Paul prophesied that in the last days a falling away would come that would prepare the way for the coming of the lawless man:

“Let no one deceive you by any means; for that Day will not come unless the falling away comes first, and the man of sin is revealed, the son of perdition.” 2 Thess. 2-3

Paul warns us that while lawlessness will continue to increase, it will be restrained by the Holy Spirit:

“For the mystery of lawlessness is already at work; only He who now restrains will do so until He is taken out of the way” 2 Thess. 2:7.

When the restrainer and the church He indwells are removed (1 Thess. 4:16-17), Antichrist is revealed and will devour the whole earth (Daniel 7:23). Only the return of the Lord can stop him:

“And then shall that Wicked be revealed, whom the Lord shall consume with the spirit of his mouth, and shall destroy with the brightness of his coming.” 2 Thess. 2:8