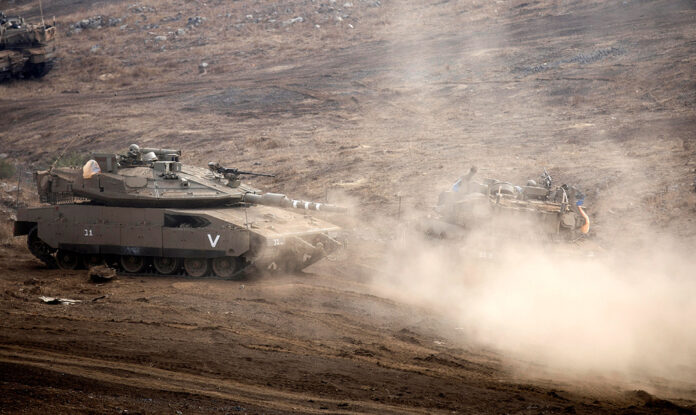 YNet News: Israeli military on Thursday allegedly struck and destroyed a Syrian army outpost in the first action carried out on the northern border by Prime Minister Naftali Bennett’s government.

“For they have consulted together with one consent;
They form a confederacy against You.” Psalm 83:5

Opposition groups in Syria reported that the attack took place near the Israel-Syria border in the Golan Heights. No casualties were reported.

According to the IDF, local Hezbollah officials were seen over the past month in the outpost located near the Syrian border town of Quneitra. The officials are among those who appear to be in charge of the terror group’s expansion in the region as part of its so-called “Golan Case.” Read More

Bennett: Iran’s days of setting Middle East on fire are over