Archbishop Vincenzo Paglia, President of the Pontifical Academy for Life

LifeSite News: The conference, run by the Pontifical Academy for Life, features prominent directors of global medical associations, who have publicly expressed their support for abortion and LGBT issues.

The Vatican’s Pontifical Academy for Life is holding a health conference promoting the abortion-tainted COVID-19 vaccines, and featuring speakers who support and promote abortion itself, in an event described as a “rupture” with the Catholic Church’s perennial opposition to abortion.

The Pontifical Academy for Life is set to stage an online and on-site event from September 27 to 29, entitled “Public health in global perspective: Pandemic, bioethics, future. Read More

Opinion: The pontificate of Jorge Mario Bergoglio, Pope Francis, is setting the stage for a new religion.

The Vatican has heralded the event for hosting “world-renowned speakers” such as, amongst others, Dr. David Barbe the president of the pro-abortion World Medical Association (WMA); Dr. Carissa Etienne the director of the pro-abortion Pan American Health Association; Dr. Jules Hoffman, the who won the Nobel Prize for Medicine in 2011.

Archbishop Vincenzo Paglia, President of the Pontifical Academy for Life (PAV), will address the conference on the opening day, before the attendees at the Vatican are granted a Papal Audience.

However, due to its promotion of the abortion-tainted injections, as well as hosting numerous abortion supporters, the conference has been described by the U.K.’s Deacon Donnelly as “the Vatican…signaling to the world that it no longer opposes, in any meaningful way, the murder of babies through abortion.”

While all this is happening, several Protestant denominations are embracing the LGBT agenda: 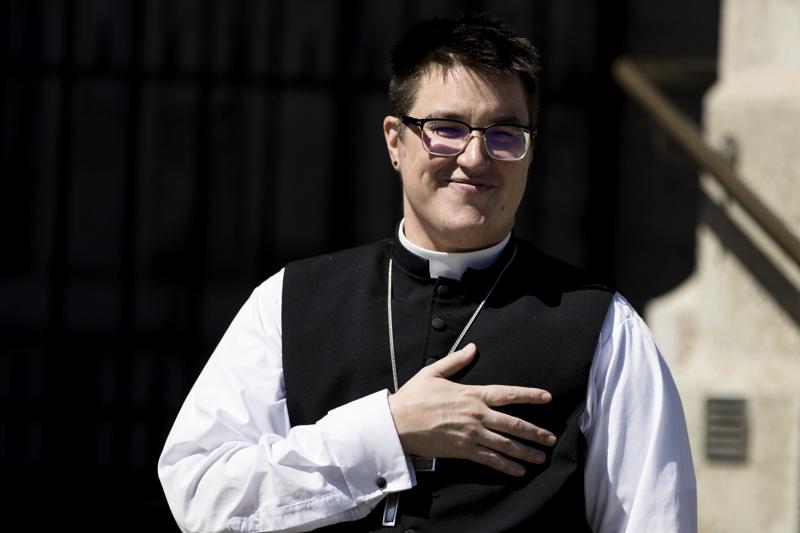 The Evangelical Lutheran Church of America installed its first openly transgender bishop in a service held in San Francisco’s Grace Cathedral on Saturday.

The Rev. Megan Rohrer will lead one of the church’s 65 synods, overseeing nearly 200 congregations in Northern California and northern Nevada.

“My call is … to be up to the same messy, loving things I was up to before,” Rohrer told worshippers. “But mostly, if you’ll let me, and I think you will, my hope is to love you and beyond that, to love what you love.”

This new religion will be somewhat Catholic and somewhat Protestant and completely evil. Revelation 13:11 describes its coming leader: