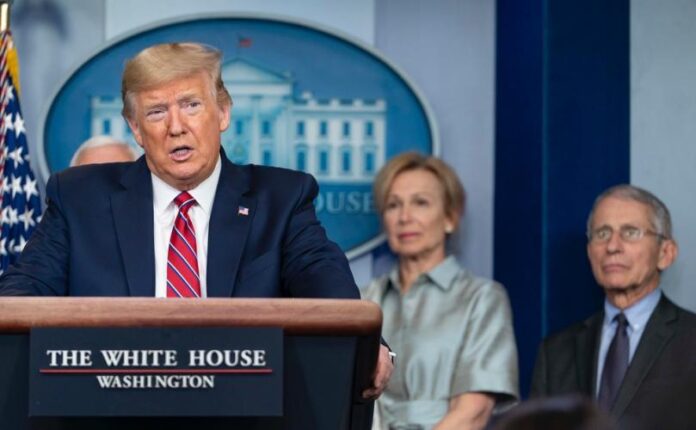 The pro-life representatives, including House Minority Leader Kevin McCarthy, thanked Trump in an April 14 letter for his “decisive actions to protect human life and human dignity on every front,” praising him for having brought “great hope to our nation.”

In the wake of the coronavirus outbreak in the United States, it has been argued by some that Trump’s ban on aborted fetal tissue research by government scientists is thwarting efforts to find a remedy for the disease.

Opinion: That leaves 405 elected officials who are either for murdered children tissue research or don’t really care either way.

“For the mystery of lawlessness is already at work; only He who now restrains will do so until He is taken out of the way.” 2 Thess. 2:7-8

When He, the Holy Spirit and the church He indwells, is taken out of the way, there will likely be a number of vacancies in Congress.